Rio de Janeiro Olympics is all set to be bigger and grander than the previous editions of Summer Olympics. Since its revival in 1896 in Athens, Olympic Games have been riding the waves of popularity across the world. One of the world’s biggest sporting events, Rio Olympics will continue for 17 days from August 5 to August 21. Brazil has been preparing for the Olympics 2016 for months. With the most awaited opening ceremony, surging excitement is palpable among sports lovers across the globe. We are sharing some interesting facts about Rio Olympics 2016 to fuel your curiosity.

Rio de Janeiro Olympics 2016 will hold a special place in the history of sports as it is the first time that a South American country is hosting Summer Olympics. Outclassing Madrid, Chicago, Tokyo and other world-class cities, Rio de Janeiro clinched the Olympic bid in 2009. Despite its strong stand in competition for the nomination, Doha, the capital of Qatar, lost it out to Rio because Qatar wanted to host the games in October instead of August due to hot weather.

The ceremonial Olympic torch relay began with an impressive note on April 21 in Greece’s Olympia, the birthplace of Olympics. Ibrahim Al-Hussein, an amputee from the United Nations-run Syrian refugee camp in Athens, carried the torch of Rio de Janeiro Olympics on April 26 at the campsite. The Olympic torch arrived in Brazil on May 4 and will reach the venue for the opening ceremony on August 5 through Brazilian cities and towns. 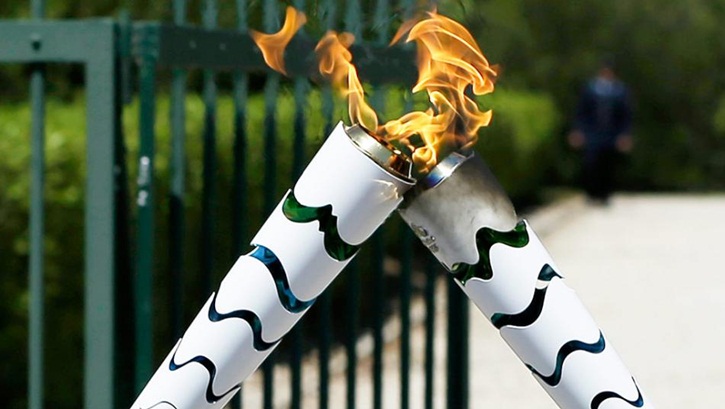 The torch of Rio Olympics 2016 is as unique in design as Brazil is in geography. The design of the Rio de Janeiro Olympics torch embodies Brazil’s geographic diversity and exuberant nature while retaining the essence of Olympics games. Different parts of the torch represent the sun, the sky, water, earth and mountains in colors of the Brazilian flag.

Maracanã Stadium, the venue of the opening and closing ceremonies of Rio de Janeiro Olympics in Brazil, is one of the interesting facts about Rio Olympics 2016. It is the same stadium where the 2014 soccer World Cup final was held. With a seating capacity of around 78000, Maracanã Stadium holds the world record of having the biggest audience at a football game. The stadium was packed with around 173,000 fans at the 1950 Football World Cup final.

Rio de Janeiro Olympics will see participation of around 10,500 athletes from 206 countries across the world. The participants will contest in 306 medal events over 17 days of the event, out of which 161 medal events are for men, 136 for women and the remaining 9 are both men as well as women in 42 sports. 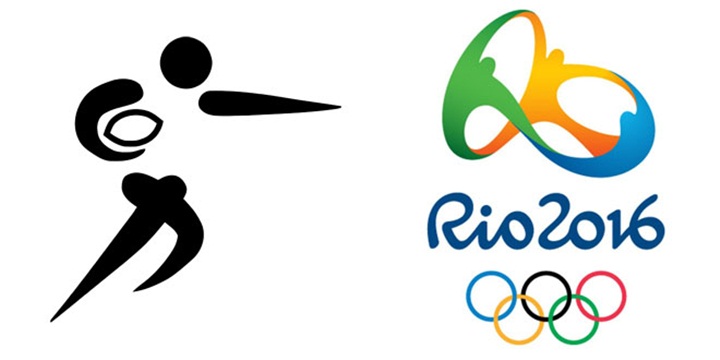 The 306 medal events of Olympics 2016 will be held at 32 venues in four parts of Rio de Janeiro: Copacabana, Barra, Deodoro and Maracanã. Barra will host golf, tennis and other sporting events at 15 venues, while 9 venues in Deodoro will hold hockey, aquatics and shooting events. Copacabana and Maracanã with 4 venues each will host sporting events such as beach volleyball, archery, triathlon, basketball, etc.

Believe it or not, the organizing committee of Olympics 2016 in Rio de Janeiro has been conducting tests since August 2014 to make sure everything runs smoothly for 17 days of the final event. The trial sessions will go on till May end.

Here comes one of the most interesting Rio Olympics facts. The 2016 edition of Olympics in Rio de Janeiro is the first to stage Olympians born in the year 2000. According to the official rules of the International Olympic Committee, only athletes born before January 1, 2003, are eligible to take part in the events. However, some sports have different age-specific requirements based on safety and health criteria. The youngest participants are likely to be from diving and gymnastics.

A team of athletes including 5 to 10 refugees who had to leave their countries for adverse circumstances is allowed to take part in Rio de Janeiro Olympics under the Olympic flag, for the first time in the history of Olympics.

Inspired by Brazilian wildlife, the mascot of Rio Olympics 2016 is a vibrant yellow and blue creature named Vinicius. It can prance around like a monkey and stretch its body like a cat. The Rio Olympics mascot is named after the legendary Brazilian musician Vinicius de Moraes and it is expected to become as famous as ‘Cobi’, the mascot of Barcelona Olympics in 2016.

Do you want to be in Rio to watch the topnotch athletes in action? Then grab your seats from the available 7.5 million tickets for sale. While 3.8 million tickets are priced at US $40 each, some of the best seats cost US $3000 each for the opening ceremony of Rio de Janeiro Olympics. Football, volleyball, basketball and handball are the most popular sporting events.

Huge food preparation for the participating athletes is among the fun facts about Rio Olympics 2016. The International Olympics Committee says that over 60,000 meals will be cooked for athletes every day. The meals will include the Brazilian staples, rice, black beans and barbecued meat, along with some of the local delicacies like tapioca, acai (an Amazonian fruit) and pao de queijo (cheese bread).

A mammoth workforce of 70,000 volunteers is required for the smooth run of the sporting events in Rio de Janeiro. Some 50,000 volunteers from across Brazil have already joined the organizing committee. The rest of the volunteers are from the United States, the United Kingdom, China and Russia.

The London Olympics 2012 saw participation of 556 athletes from the United States, which is the highest number of participants from a single country except the host nations. It is anticipated that Rio de Janeiro Olympics will fetch in more athletes from USA than other countries. 352 athletes from the US have qualified to take part in the Rio Olympics events till date. Entries are still going on.

The organizing committee of Olympics Games estimated a whopping budget of $7.4 billion to conduct Rio Olympics.