South Korea, Asia’s biggest consumer of alcohol, has got another solution to hangovers. The existing medicinal hangover cures in South Korea generate sales worth approximately 150 billion won (equal to $126 million) annually. The latest hangover cure is neither medicinal nor herbal. It is an ice cream bar named Gyeondyo-bar meaning ‘hang in there.’ A convenience store chain has launched the hangover-curing ice cream in South Korea. There’s also a hangover soup, Seonjiguk, available at most South Korean restaurants. 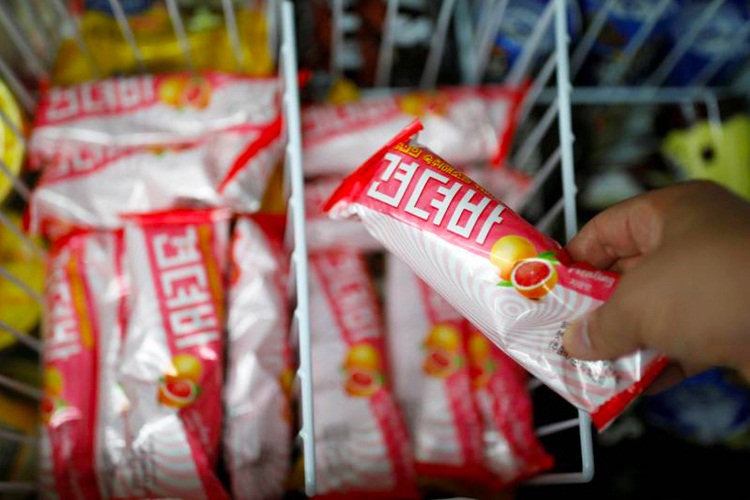 Drinking is a national pastime for most of South Korea’s 50 million people. It is a way of life for many. Consequently, violence under influence of alcohol is a looming social issue in South Korea. The aftereffects of drinking, including loss of productivity, hospitalization and premature deaths, collectively cost the South Korean economy about 9.45 trillion won in 2013, according to a report by the country’s National Health Insurance Policy Institute. South Koreans consume alcohol more than double the amount that vodka-happy Russians and beer-gulping Germans do.

Among the existing hangover cures in South Korea, the new ice cream bar is expected to effectively help alcoholics combat the aftereffects of drinking. South Koreans consume 13.7 shots of liquor a week on average, which is the highest in the world. The Russians gulp down 6.3 shots per week; the Filipinos usually consume 5.4 shots a week, and Americans take in 3.3 shots of liquor per week.

The hangover-curing ice cream is a grapefruit-flavored dessert. It contains 0.7% oriental raising tree fruit juice, which is an age-old hangover remedy mentioned in a 17th century Korean medicine book. This traditional ingredient is also used in other hangover cures in South Korea.