No one dared to recreate the saga of Titanic after the 1912 tragedy in the North Atlantic Ocean except Clive Palmer, an Australian billionaire and politician, who owns Blue Star Line. He announced the launch of a full-scale Titanic replica with advanced technology on the 100th anniversary of Titanic’s maiden voyage from Southampton to New York, in 2012. However, the launch of Titanic 2 Ship has been postponed to 2018 from 2016. 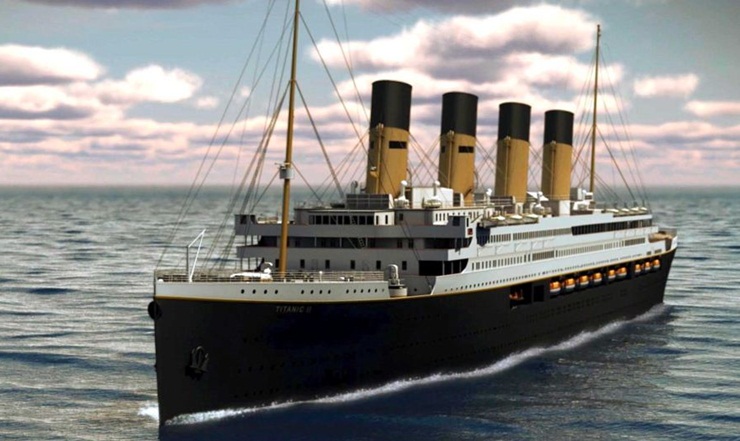 The Titanic 2 Ship replica is the world’s most-awaited cruise vessel which has already captured the imagination of millions across the globe. The new Titanic will be an interface between the past and the present, heritage and modern technology, Edwardian splendor and urbane sophistication. Many features of the original Titanic will be retained and recreated in the upcoming Titanic 2. FlyHigh shares the most interesting things to know about Titanic 2 Ship replica.

Like the original Titanic, Titanic 2 will have three travel classes in different packages. The travel cabins of Titanic 2 will not be divided based on the socio-economic status of passengers as there was societal and economic discrimination on the first Titanic. Passengers can exercise their right to the freedom of choosing from different packages of accommodation irrespective of travel classes. They can choose either one class accommodation for 6 nights or a package of 2 nights in each class during the voyage. 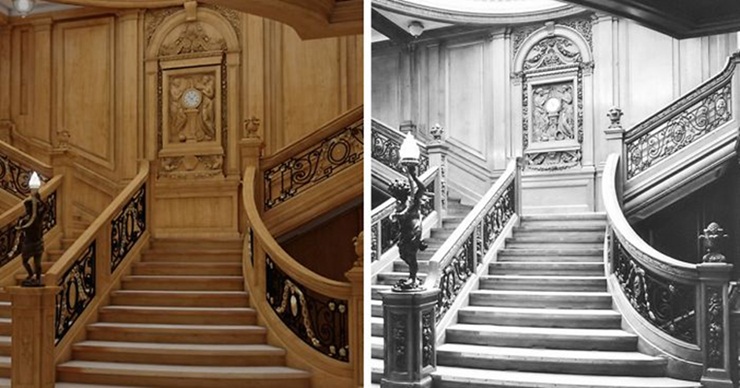 Those waiting to sail on the new Titanic are curious to know differences between the 1912 Titanic and the Titanic 2 replica. Titanic 2 Ship will get more or less the same interior as that of the original ship. Among the interesting things of Titanic 2 Ship replica are the grand staircase in the first class, the Jacobean-styled dining room for first class travelers, the communal dining space with long tables in the third class, and Café Parisien with the ambiance of a sidewalk café in Paris from the first Titanic, which will be recreated with attention to exact details of the original designs.

Titanic 2 will get lounges and public spaces with the same details pertaining the Edwardian décor and grandeur as in the 1912 Titanic. Everything from swanky wooden furniture to crystal chandeliers to timber cladded walls will be imported from the best manufacturers in the world. All the cabins and public spaces from the uppermost deck to the deck D will reflect the look and feel of the first Titanic except a new lower deck.

Some New Things to Know about Titanic 2 Ship

There are some new things to know about Titanic 2 Ship replica among the interesting facts. The second Titanic ship may get a helipad on the aft deck, which was not there in the first Titanic. Passengers on Titanic the second may be provided with period costumes to let them have a feel of the Edwardian fashion of the time of the first Titanic. However, it is still under consideration.

The additional lower deck on Titanic 2 Ship is the new “Safety Deck” with a casino, a hospital, a theatre and a few shops. The theatre will have 400 seats. Moreover, the second Titanic Ship will house a gymnasium, a swimming pool and a smoking room for all passengers on board. Turkish bath with Edwardian décor will add to their entertainment ashore.

Other Interesting Facts about Titanic 2 Ship 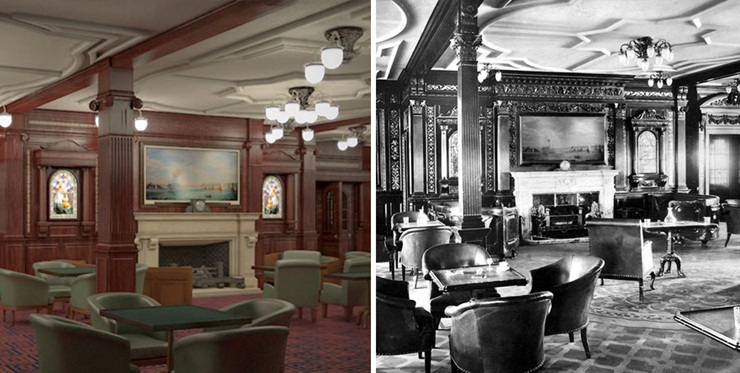 Though Titanic 2 Replica resembles the 1912 Titanic in interior décor and external appearance, it is more efficient and stable than its predecessor. Equipped with high-tech navigational equipment and a diesel-electric propulsion system instead of steam engines in the original Titanic, the new Titanic Ship meets all modern safety requirements.

Titanic 2 Ship is said to accommodate more passengers and crew than the ill-fated Titanic. The replica of Titanic will embark on its maiden voyage from China to Dubai with 2435 passengers and 900 crew. Besides integrating modern-day evacuation systems, Titanic 2 Ship will have 2700 lifeboats on board for emergency, while only 1178 was the lifeboat strength of Titanic the first. The new Titanic will have 840 cabins across its three travel classes.

The 21st century Titanic Ship will boast fireproof infrastructure and can withstand extreme atmospheric conditions. Estimated construction costs will range from $434 million to $578 million for the state-of-the-art technology.

What menu would be served to the passengers on board is one of the most interesting things to know about Titanic 2 Ship replica. It is said that dining on Titanic 2 would be a priceless experience of the Edwardian era. The guests on board will be treated to an 11-course menu, which will be designed by a team of 68 chefs.

The most-awaited Titanic II Ship will be launched in 2018 for its maiden voyage from China to Dubai. Currently it is under construction in China. This ambitious project – Titanic 2 – is titled “The Past is Present.” (Watch this video of a new Titanic model)

With Zero-Gravity Flights in USA, Soar Like a Superhero and Live...