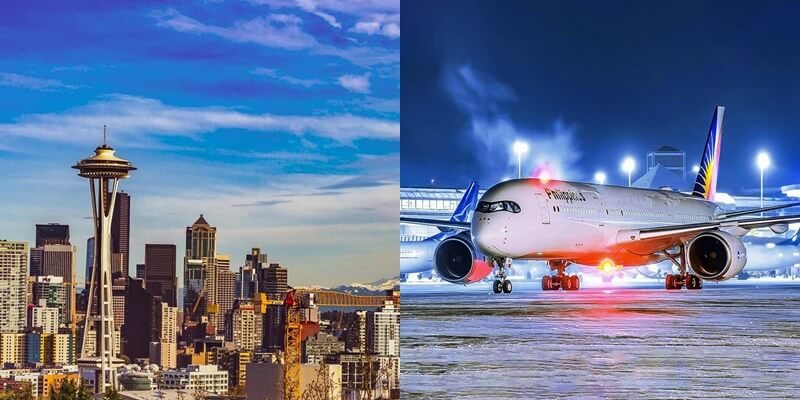 Moreover, in May 2020, Philippine Airlines will also launch direct flights from Seattle to Manila. These flights will also be operated thrice a week – Mondays, Wednesdays, and Sundays using an Airbus A350-900XWB. Notably, Seattle and the neighboring cities home a sizeable Filipino community of over 100,000 people. The airline already flies to San Francisco, Honolulu, and New York in the United States. The new routes between the US and the Philippines make Seattle and Los Angeles the fourth and fifth destinations in Philippines Airlines’ USA network.

When travelers witness the high amount of passenger traffic in the Ninoy Aquino International Airport, Manila, they start appreciating Mactan-Cebu International Airport as an alternate port of entry into the Philippines. Ninoy Aquino Airport is the biggest and busiest airport in the Philippines with annual passenger traffic of over 45 million. It usually takes up to 2 hours or more of waiting time at immigration kiosks, check-in counters, and security checks before you board an international flight.

Most travelers find the seating layout in Boeing 777-300ER congested on Seattle to Cebu flights. Philippine Airlines’ other service from Seattle to Manila using Airbus A350-900XWB with a seating capacity of 295 passengers won’t disappoint you if you are up to deal with the crowded Ninoy Aquino International Airport. The A350-900XWB can accommodate 241 passengers in a 3-3-3 layout in economy, 24 premium economy passengers in a 2-4-2 layout, and 30 passengers in business class in a 1-2-1 layout.

Outside the United States, Philippine Airlines is also expanding its presence in China. The airline has plans to operate three flights a week between Clark International Airport in Mabalacat and Quanzhou Jinjiang International Airport, which is also known as the gateway to the Southeastern part of China’s Fujian province.

Air France to Hold Advance Screening of The Force Awakens for...