The 2011 Tohoku earthquake was one of the worst nightmares for the people of Japan. It claimed more than 15,000 lives, and a couple of thousand people went missing. Needless to say; this was the most powerful earthquake ever recorded in the history of Japan. As part of the recovery efforts for the tsunami victims, The Pokemon Company started a charity project “Pokemon with You” and unveiled a train with the same name, Pokemon with You in 2012. 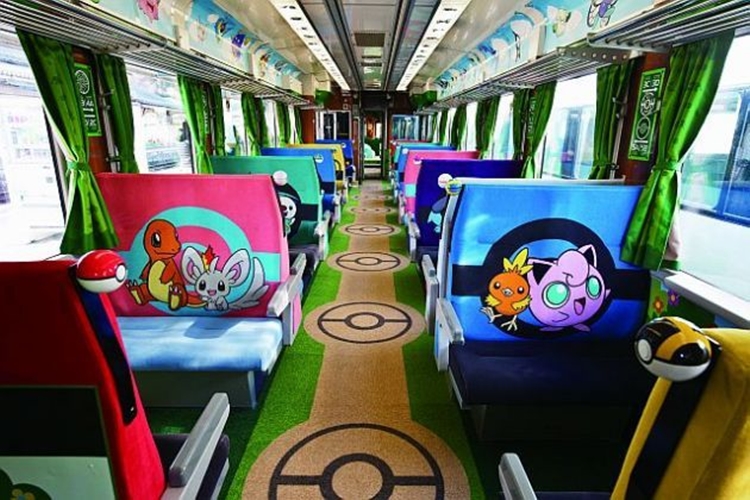 The Pokemon with You train has got a special Pikachu themed makeover in Japan. The new makeover is complete, and the train will be back on tracks on July 15. The new Pikachu themed Pokemon with You train has brown back stripes with red cheeks and a yellow tail. It is well equipped with a special Pikachu play area for kids and other travelers who can burn a few calories during their trip to the coast.

A ride on the Pokemon with You train is one of the best experiences a traveler could cherish in his lifetime. The new Pikachu makeover Pokemon train will run on Ofunato Line departing from Ichinoseki and arriving at Kesennuma in less than 2 hours. The train is scheduled to run on select days in the month of July, August and September.

The Pikachu themed Pokemon with You train will depart daily from Ichinoseki at 11:01 am and will reach Kesennuma at 12:51 pm. The return trip will start at 3:08 pm and will end at Ichinoseki at 4:49 pm.

Advance booking of tickets can be availed a month prior to the actual date of journey and travelers can plan their trip accordingly.